Fighting for this community

Thalatha Wickramasinghe is the Supervising Solicitor and Training Principal at North Kensington Law Centre. In this guest blog she shares why she is fighting for some of the most vulnerable in this community.

For over 25 years I have worked as a housing solicitor in Law Centres across London. Prior to this I worked both in private practice and at local authorities. At the local authority level, work can feel despairing. I remember taking instructions from departments, without serving or being able to take into consideration the problems of real people. It is very possible to feel that you are part of a system made to work against the most vulnerable. This led me to pursue a role that would allow me to return home at the end of the day with a clear conscience having served for many of the most vulnerable.

Kensington continues to be one of the most affluent boroughs in London, yet in North Kensington we are privy to some of the most vulnerable people in the country, let alone London. Nearly ninety five per cent of my clients suffer from mental health issues. Many of the clients I have represented here have shared tragic stories with me.

I met Ms A as she was on the verge of suicide. She arrived at NKLC just two days before her eviction, a woman with severe mental health issues coping with drugs and alcohol – she had about four eviction proceedings to her name with rent arrears were now over £10,000. Ms A was not aware of what was happening to her, in crisis she continued to repeat that she wanted to commit suicide and was having panic attacks at the thought of being made homeless. The Law Centre is often a final crisis point. Within two days, I would have to contact social services, doctors, obtain expert reports, ensure we could grant emergency legal aid and then secure assistance from the social services to support her with rent and apply for the  warrant to be suspended. It was a highly contested hearing as she had breached several eviction orders and it was difficult to prove that she would comply with the orders, but we did it. I can’t imagine where a vulnerable individual like Ms A could reach out to if we were not there to jump in and provide support.

I met Mr K after years of anguish and heart ache felt by him and his family. He had suffered torture in Iraq and as a result suffered from severe depression. While his daughter studied at University of London and all his family and close social network lived in London, Mr K was placed in accommodation in South-End on Sea. A Housing Officer visited Mr K in South End, a man so depressed he was unable to rise from his bed. Mr K did not open his door to the housing officer and was served a notice that he did not occupy the premises. It was my role to write to the Officer in order to withdraw the notice. Mr K was unable to look at me when we met, whenever the word “COURT“ was mentioned, he would return to the fears that Iraqi authorities were coming to the UK in order to return him to prison. Mr K’s daughter would sit down with me and help to reassure him that the NKLC were there to support him. As he did not have the mental capacity to defend his case, I appointed a litigation friend and at the end Mr K would secure a successful outcome for the possession hearing in South-End County Court. In the same case I managed to get a direction for a further suitability review of his accommodation in South-End. This review was successful and Mr K was finally placed in accommodation in a London borough very close to his family and relatives.

Fifty years on, the stories of our clients in North Kensington Law Centre continue to represent the social fabric of North Kensington. At the end of each working day, I am proud to know I am part of a team working tirelessly for the small victories of justice for this community. 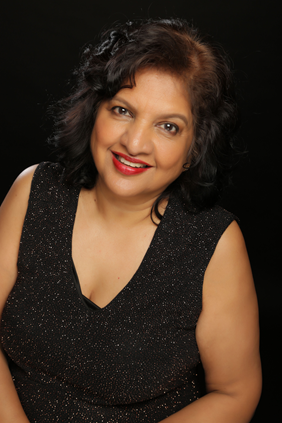 Thalatha Wickramasinghe is the Supervising Solicitor and Training Principal at North Kensington Law Centre. She was born in Sri Lanka (The Pearl of the Indian Ocean) and came to the United Kingdom for higher studies, qualified as a solicitor from College of Law and has a Masters Degree in Law.