My name is Annie.  I am the director of the North Kensington Law Centre (NKLC).  I am also a human rights lawyer. My life has been one of two halves. In the first half I was a banker’s wife. I lived in Manhattan and I cared for my three sons full-time. I lunched, drank coffee, shopped and had my nails painted.  It was a glamorous life. It was also very dull.

Then on 11th September 2001 I watched in horror as the second tower was hit and the twin towers collapsed.  It made me reflect on the person I was and the person I wanted to be. I realised at that moment that there was a mismatch. A year later I gave up my life in America and returned to the UK with my children and a year or so after that I enrolled on a masters course in political theory.  I was interested in understanding two things: firstly how the holocaust, the Gulags and other industrial human rights abuses perpetrated by the state could happen whilst the world stood by and did nothing. And secondly, what I could do to prevent these abuses from happening again?

NKLC was set up so that ordinary people in North Kensington could get legal support. On July 17th we’ll be celebrating our  50th anniversary. During this time we have represented literally hundreds of thousands of people who would otherwise have had no access to justice.

In the early days Law Centre solicitors would, without charge, attend police station interviews with their clients.   This is something that we now take for granted but it was NKLC who paved the way for free legal representation at police station interviews. 10 years ago people trafficked to the UK for labour or exploited by unscrupulous employers had very little redress.  NKLC’s then employment team (who went on to form ATLEU) pioneered taking these employers to court for unpaid wages.

I personally believe that one of the functions of a Law Centre is to hold power to account.

The way I see that a law centre is an important mechanism within the democratic process and acts as a check against the abuse of power. Local authorities and central government are held accountable by lawyers in Law Centres and if the powers that be moderate their behaviour for fear of being taken to court then standards are improved for everyone and if they don’t…well then, we are here ready and willing to make sure that they do comply with the law.

Since 2013 we have been in the heart of the Lancaster West estate where Grenfell Tower is situated. Since the fire we have worked closely with our local community to ensure that survivors were properly rehoused and that any Grenfell policies developed by the Royal Borough of Kensington and Chelsea considered the needs of local people.   We continue to represent many of the undocumented migrants who lived in Grenfell, the bereaved relatives who come to the UK to participate in the enquiry and the friends and relatives who came to care for those who had been injured in the fire.   Despite public proclamations from the Home Office that such cases were being managed sympathetically it was clear from the decisions that this was not the case.  We have taken a twin pronged approach and threatened legal action on a case by case basis as well as working behind the scenes to get a change in behaviour at government level.   This strategy has paid off and applications are now being processed humanely but for the people affected they would never have been able to afford the skilled and specialist legal intervention that was needed

And in October we were granted a small amount of funding and set up an important project assisting ‘Windrush’ victims with applications for compensation.  We have 30 clients and to date none have been offered either any compensation or adequate compensation.  We are working closely with the media to highlight these stories in order to maintain pressure on the government and when appropriate we will challenge the government through the courts.  Some victims were being charged by private lawyers upwards of 40% of any compensation they receive.  We charge nothing. We have used our expertise in other areas of law such as personal injury and employment to prepare claims that reflect the actual losses suffered by victims.

‘I am proud to be at the forefront of an organisation that is willing to defend these rights regardless of the ability to pay.’

As a human rights lawyer by trade I have come to understand the way in which Human Rights theory and legislation can be understood within the wider context of social justice law and this is the door that we as social justice lawyers are pushing open. Take housing for example, a decent home is a human right; or education, to be educated is a human right, or employment issues and the way we are treated by employers involve human rights, the way the state treats us if we are arrested, hospitalised or need benefits.  These all involve human rights issues and I am proud to be at the forefront of an organisation that is willing to defend these rights regardless of the ability to pay.

It has not always been easy, and it is a constant struggle for survival. In the last 10 years legal aid cuts and austerity has taken its toll.  I hope for the future that change is on the horizon and that COVID has shown us as a society that free and impartial legal advice delivered by organisations not motivated by profit is not a luxury. 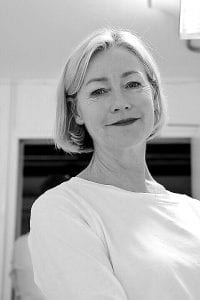